Sometimes you forget how the car moves.  That’s when it helps to look at the wheel and remember that it spins.  Naturally, you then wonder how the wheel spins, and that’s when you look under the car and freak out.  I mean, there’s something keeping the wheels attached together, and then there’s all these little spinny things, and all of that goes somewhere up front, and that’s all attached to the mountainous nonsense under the hood, and, well, sometimes I get religion.  It must be a whole let better to just say, “Oh, hey the wheel spins,” and then let the rest fall into the hands of a suddenly all-knowing (and mechanically divine) God.

So, the present spins the future into the past, is something of what I’m getting at here, albeit in a disassociated car-to-God-analogy kind of way. 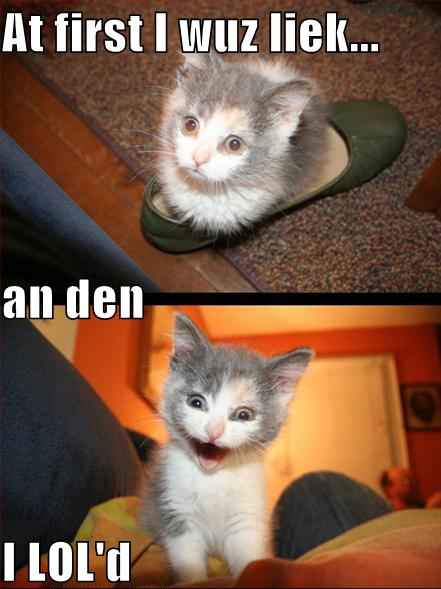 You are distracted from the bad analogy...

So, I was feeling nostalgic today, as I wrote a new bio for my publisher’s website, and I dug up an interview that the irreplaceable Russ Marshalek conducted, on behalf of the fantasmic book blog, Baby Got Books, when Anointed first came out. Here it is, in its grammatically correct entirety:

A completely non-biased and properly-punctuated interview with Zachary Steele, author-type person of Anointed: The Passion of Timmy Christ, CEO

BGB: Who all would you say you ripped off in writing Anointed? And by ripped off I mean in terms of both intellectual content and money.

ZS:I ripped off a lot from God, you know. He’s pretty much the author of the Bible, right? So, I have to include him. Aside from the that, it was pretty easy pickings with Terry Pratchett, Christopher Moore, Kyle Watson (though you wouldn’t have heard of him) and some finely-detailed intellectual hotness from Marisha Pessl. As far as money, that’s pretty easy. I ripped off my publisher, but she won’t figure that out for a while, and likely all of my readers (once they’ve read it and realize what dreadful crap it is).

BGB: On a scale of 9 through 10, how awesome is Anointed?

ZS:All of my scales go to 11, so that’s pretty much where I’d put it. It completely redefines “awesome”. In fact, the use of “awesome” is now outdated and has been replaced by “Anointed”. As in, “Man, that sure was an Anointed movie, wasn’t it?” I would wager that, when I am old and fading away–or perhaps even dead already–people will still be discussing how Anointed completely altered the methodology of writing and saved the publishing industry. But I’m pretty modest about it all, actually. I’d rather not discuss it any further.

BGB: If you end up on Bill O’Reilly, and he’s all screaming in your face and cutting your microphone’s signal and stuff without listening to you at all, what will you have for dinner after?

ZS:After? How about during? I’ll be sidestepping his questions while waving a fork in the air and taking my time dining while he rants about stuff I surely won’t be listening to anyway. Steak au Poivre with Dijon Cream Sauce, garlic mashed potatoes, creamed spinach, a nice Chardonnay, and a bowl of cheese to throw at him when he stops talking. No wait. I wouldn’t do that to cheese. Maybe I could get a soufflé or something instead. After, I might go for an Icee.

BGB: In terms of your writing style, what books would you say influenced your second novel? oh wait you haven’t written it yet.

ZS: Ha! Good one coming from the man who hasn’t even written his first book yet! Look out David Sedaris! This guy’s a riot!

BGB: You solicited quotes about the book, aka “blurbs”, from your Facebook friends. Are you just too lazy to actually hunt down famous people?

ZS:”Don’t underestimate the value of doing nothing, of just going along, listening to all the things you can’t hear, and not bothering.” ~Winnie the Pooh~ There’s a famous quote for you. Happy?

ZS:The Pope (not ‘a’, you idiot) walks into a bookstore to look for a book about Catholicism, because he doesn’t understand any of his followers, but before he can make it to the section oddly marked “religion”, he is distracted by a sharp sound from the back of the store. When he goes to investigate, he finds a large cage with a fluffy, bouncy rabbit inside, and a sign atop the cage that reads, “Cadbury Rabbit, Bookstore Bunny”. The Pope smiles and leans to the cage and says to the rabbit, “Hello there, little rabbit. I am the Pope. How are you today?” To which, the rabbit bounds in a quick circle, stomps a foot in a loud thump, stares at the Pope, and says, “Nom, nom.” The end, joke over. A POPE AND A RABBIT? ARE YOU SERIOUS? Do you get paid to come up with these questions or did you pawn it off on an 8-year old?

BGB: How freakin’ awesome is your publicist?

ZS:Question #7 may answer that better than I can. It’s very difficult to answer this question though, now that Anointed has completely redefined what is understood to be “awesome” and taken over its use entirely. I suppose I can say that my publicist is less than Anointed, more Anointed than “awesome” (in its former form), but not as Anointed as my book minus me. Hope that helps.

2 thoughts on “Forgetting the Wheel”